With proper care keeping fish in an aquarium is not cruel. Aquarium fish can live longer healthier lives than their wild counterparts. Many fish will also spawn in the aquarium. Depending on the species some fry may also survive and grow up in the aquarium and the breeder might raise up 90% of the fry rather than the 1% or fewer that would survive in the wild.

Even keeping Bettas in the size container shown is not necessarily cruel. Betta breeders need to separate the young males from each other at an early age and may use bowls or jars this size for each male. The keys are warmth, frequent water changes and proper feeding. If you don’t provide all three of these you are being cruel to your fish. I recommend a small aquarium, 2–5 gallons with filtration and a heater for beginners, because it is easier to give the fish the proper conditions with a larger vessel than a small one. It takes a lot more work to keep a Betta properly in a small jar than in a small aquarium.

What some people might consider cruel when raising Bettas, guppies or other selectively bred fish is the need for rigorous culling of the fish. This means discarding any fish that show deformities or poor genetics. Most people involved in these types of activities keep a large fish in a large aquarium and feed the culls to that fish. This is a natural solution to the problem. Many fish have too many babies for most people to raise. Bettas and cichlids can have spawns of several hundred fry. Unless you have enough space you can’t raise that many fish, and even if you do, you would flood the local market of all but the rarest fish. If you don’t have enough space and crowd the fry, they will be stunted and no one will want them. It is better to raise 30 healthy vigorous fish than 100 weak, sickly fish.

There are also fish that are unsuitable for almost any aquarium. These are typically fish that grow too large for almost any aquarium. I know a woman who has an above-ground pool set up in her basement who rescues these fish when she can. These fish include Iridescent sharks, pacus, red-tailed catfish, shovelnose catfish and some very large cichlids. Most independently-owned aquarium stores will not carry these fish but unfortunately many of the chain stores do. All of these fish are food fish in their natural habitat. Among saltwater fish, only a few sharks are suitable for the home aquarium.

Part of the aquarium hobby that a lot of people don’t know about are the Fish Clubs and Aquarium Societies. These are present in most of the US States and in many countries around the world. They include people of all skill levels and are a good way to learn how to keep and breed fish. Some clubs have a fish surrender at their auctions and shows, where anyone can bring a fish that they no longer can care for. The club accepts these fish and will attempt to find a new home for them. If the fish is sick, deformed or can’t be re-homed, they will ethically euthanize it. Many of these clubs also have breeding programs to maintain rare and endangered fish. There are many fish that are only available through these clubs as they are not commercially raised or imported in significant numbers. Virtually all of the people involved at this level care deeply about the environment and all animals in general. The organization of which I am currently President has a program that rewards people for captive breeding of aquarium fish. Over the years members have spawned and distributed thousands of fish to other aquarists. These are fish that did not need to be collected from the wild, although wild collecting is not always a bad thing.

If you are in the Northeast United States, from New England through New York, New Jersey and into Pennsylvania and Maryland, visit Northeast Council of Aquarium Societies web site. Through our web site you can find many of your local clubs. At our annual convention we raise money to support two conservation-related organizations each year.

We also promote something called “Project Piaba” whose motto is “Buy a fish, save a tree.” You can find out about them at Buy a Fish, Save a Tree! . This program recognizes that many people who live on the Amazon River, especially the Rio Negro make a living collecting fish for the aquarium trade. These people are strongly motivated to keep the rain forest intact and manage their natural resources. Properly managed, aquarium fish are a renewable resource. Many fish, such as the beautiful Cardinal Tetra produce millions of offspring each year, most of which are destined to die before they spawn. Project Piaba works with the fish supply chain to find the best practices to get the fish to markets in the industrialized world with minimal losses. As long as the local people can make a living from fishing, they won’t clear the rain forest to raise cattle for cheap beef. In the wild, almost all Cardinal Tetras die within their first year. In the aquarium they can live to 3 years or even older. They are looking to expand the project to endangered habitats in Africa and Asia. 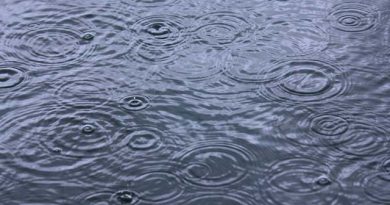 Can you use rainwater for a fish tank? 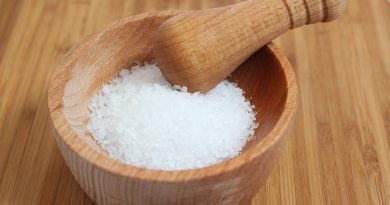 Can table salt be used in a fish tank? Why or why not?

Do I need to cycle a 3 gallon betta tank when it has a filter?